My builds have slowly evolved over time as I learn new skills and methods. This all started with the goal of getting an old blown up bike back up and running, and turned into a passion for giving motorcycles a new life. I enjoy rebuilding older 2 strokes to be a modern version of themselves, making them look and ride as if they were a production motorcycle today.

I’m proud to be offering bike builds as a service now. If you have an old bike you’d like brought back to life, read more about my bike build service here. If you’d like to inquire about your bike, get in touch. 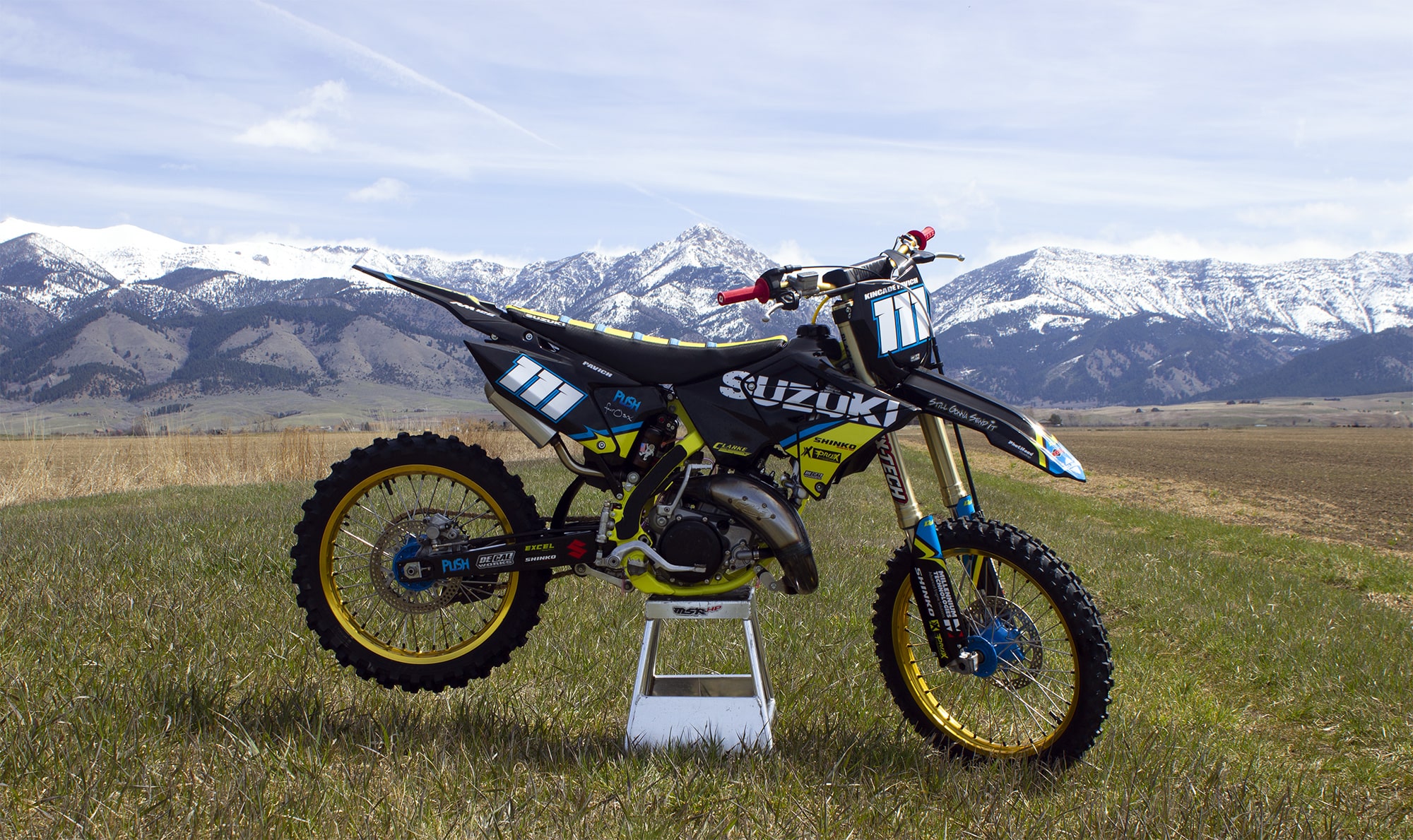 I purchased this bike already disassembled for $1000. This quickly became my most detailed build yet, with hundreds of hours involved and over $12,000 invested between myself and sponsors. 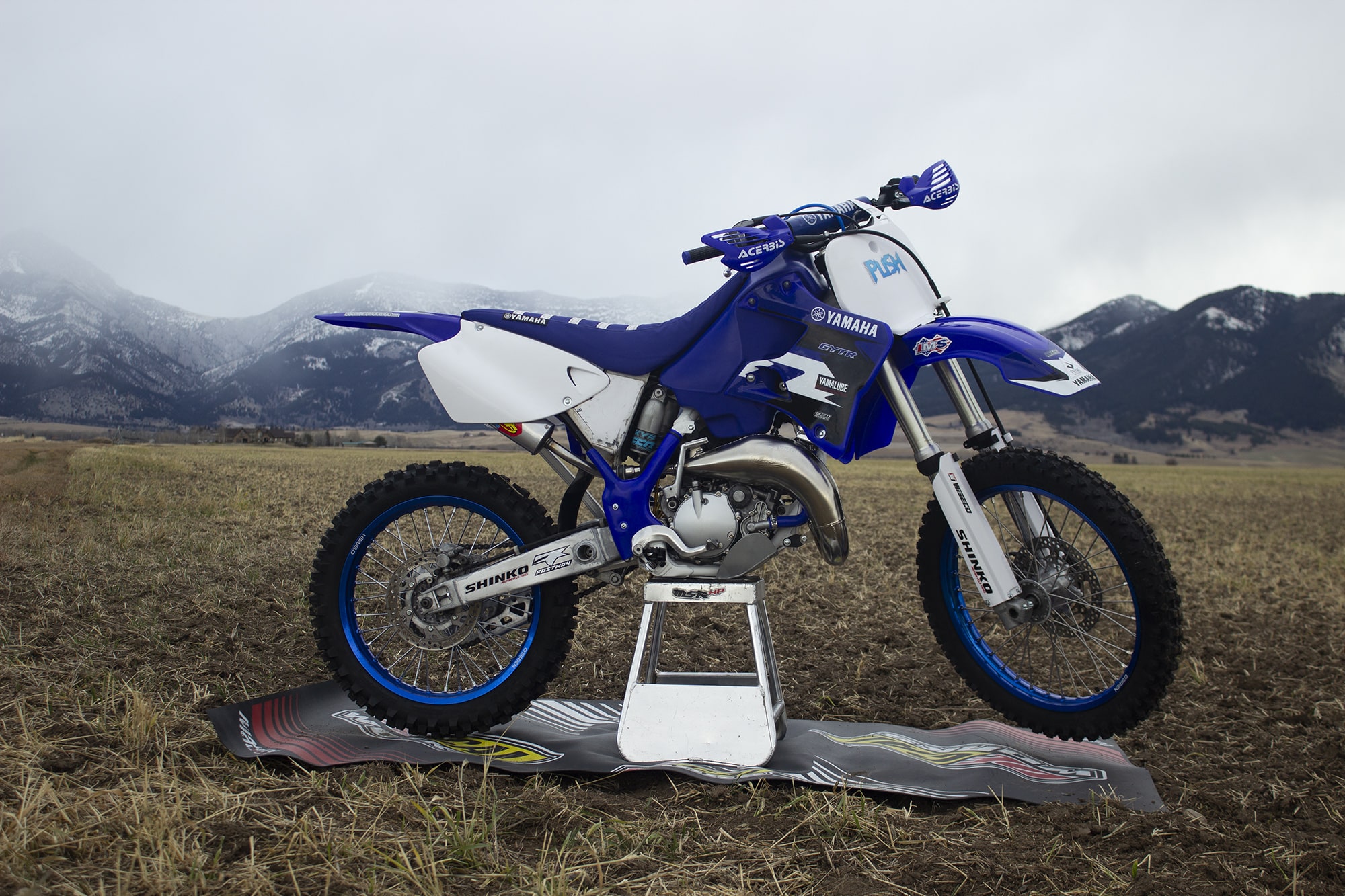 I bought this bike for $800 when there was nothing on the market after Covid. I quickly realized this bike needed much more than anticipated, and I learned a lot in that regard from this build. 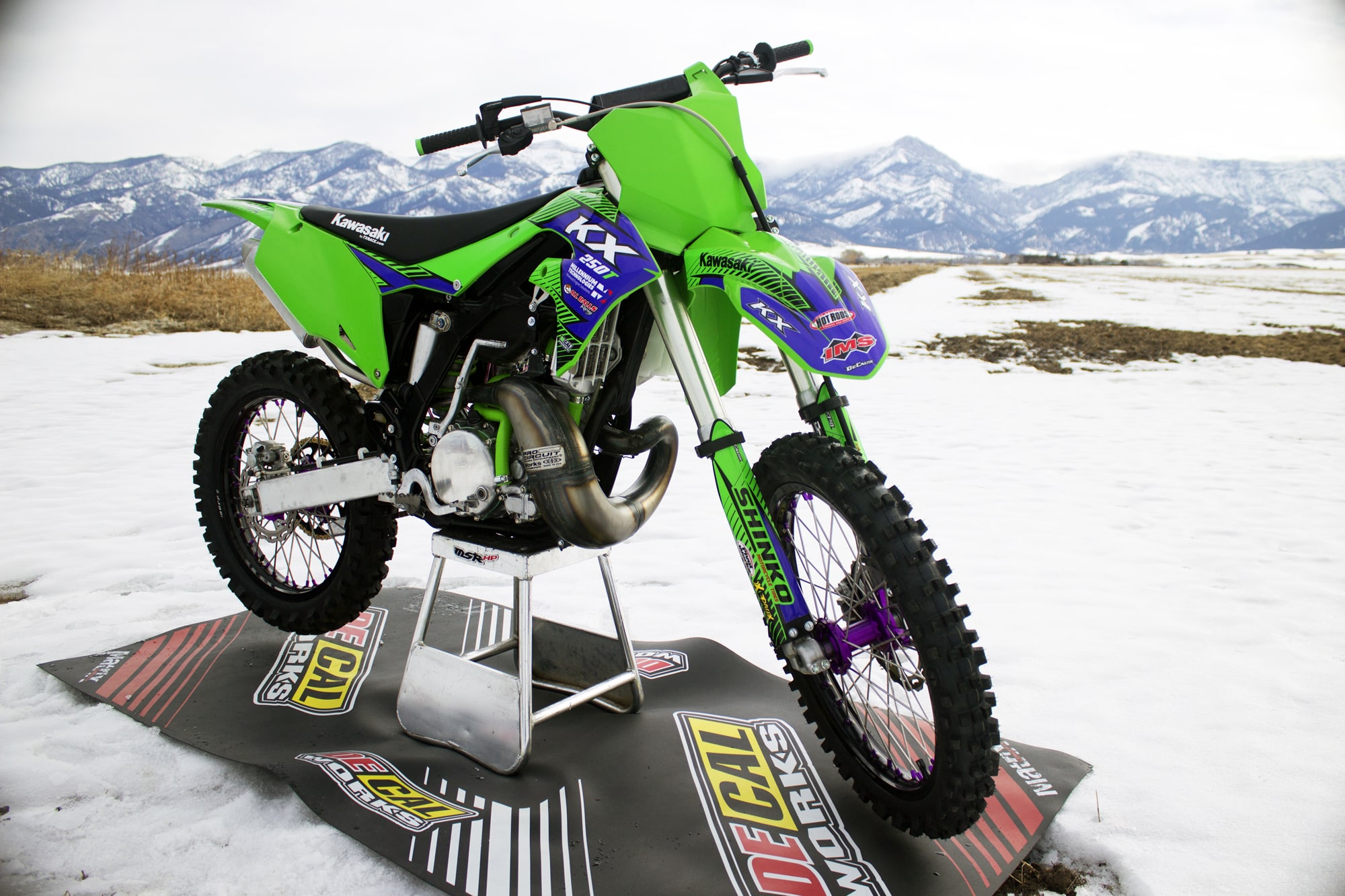 This KX250 was by far the most clapped out bike I have ever purchased. This build got me through a winter after shoulder surgery as I plucked away at this masterpiece. This bike lived in my living room for a few months before moving onto its next owner, who is shredding it to this day. 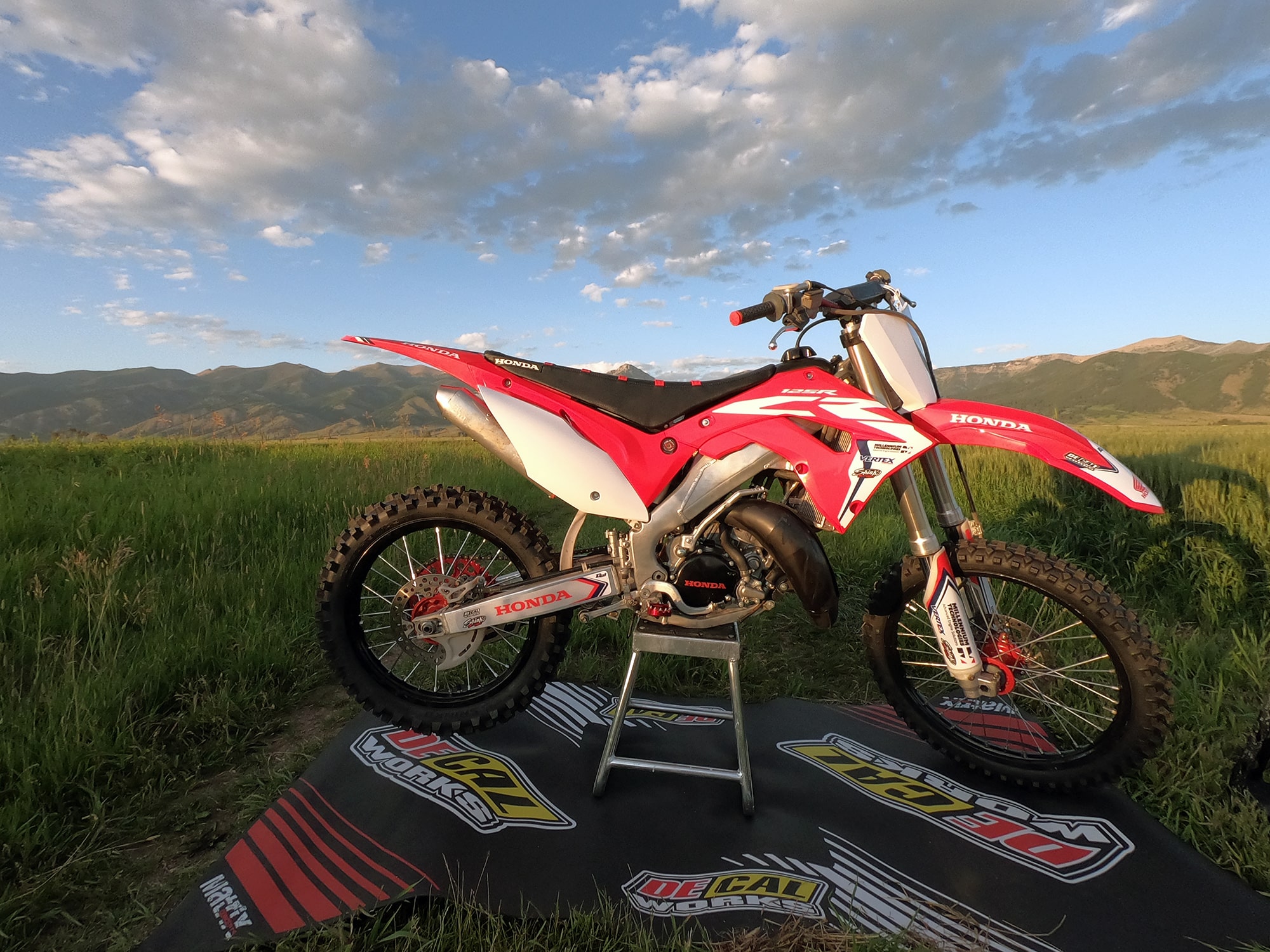 This CR125 was in phenomenal condition when I purchased it, setting me up for a great build platform. This bike was more a cosmetic build than anything, and with a new top end it ran unbelievably well. 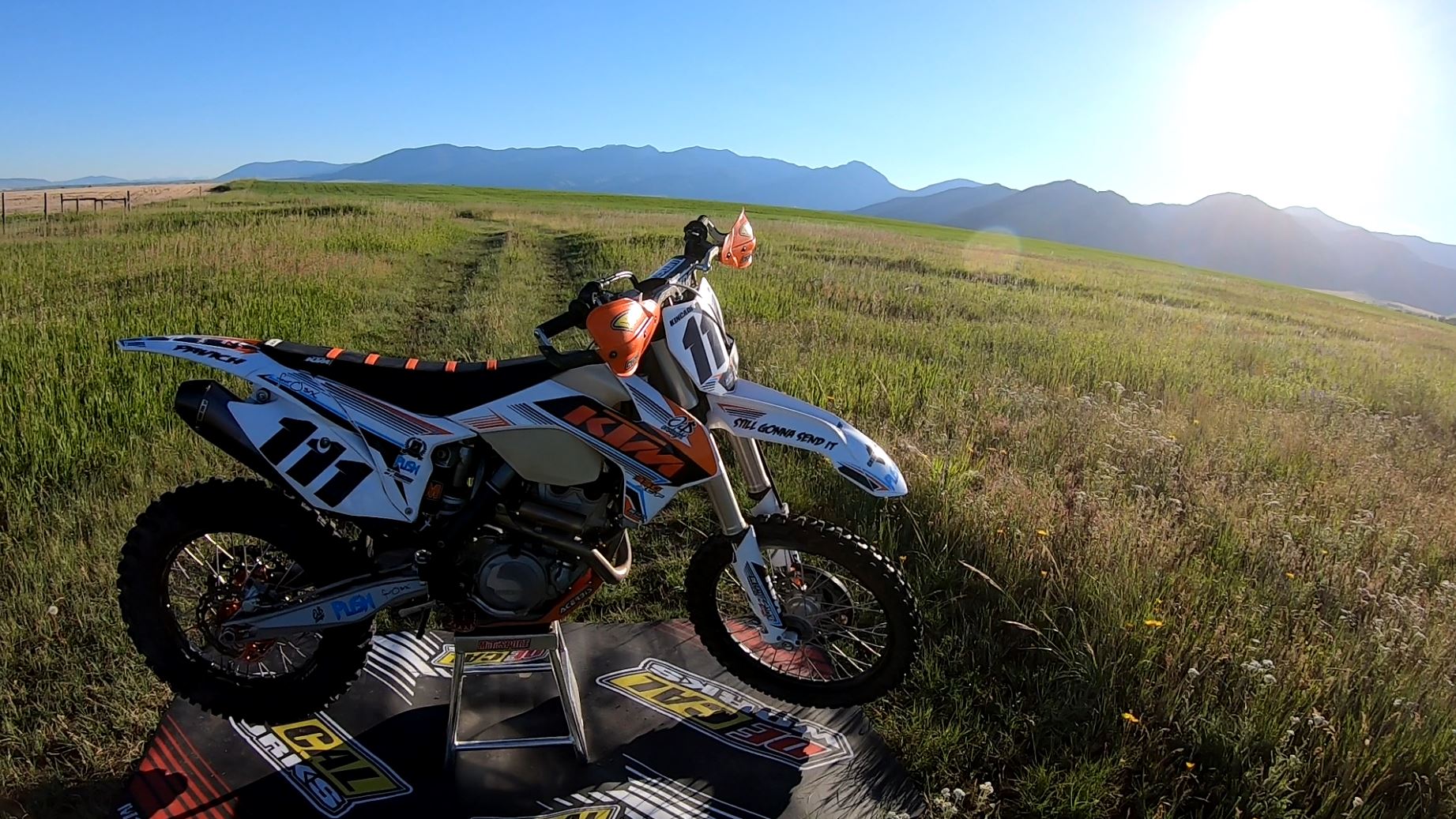 This was my first “race bike”, and it deserved a refresh after my first season on it. I put a fresh piston in it and gave it an all new look. 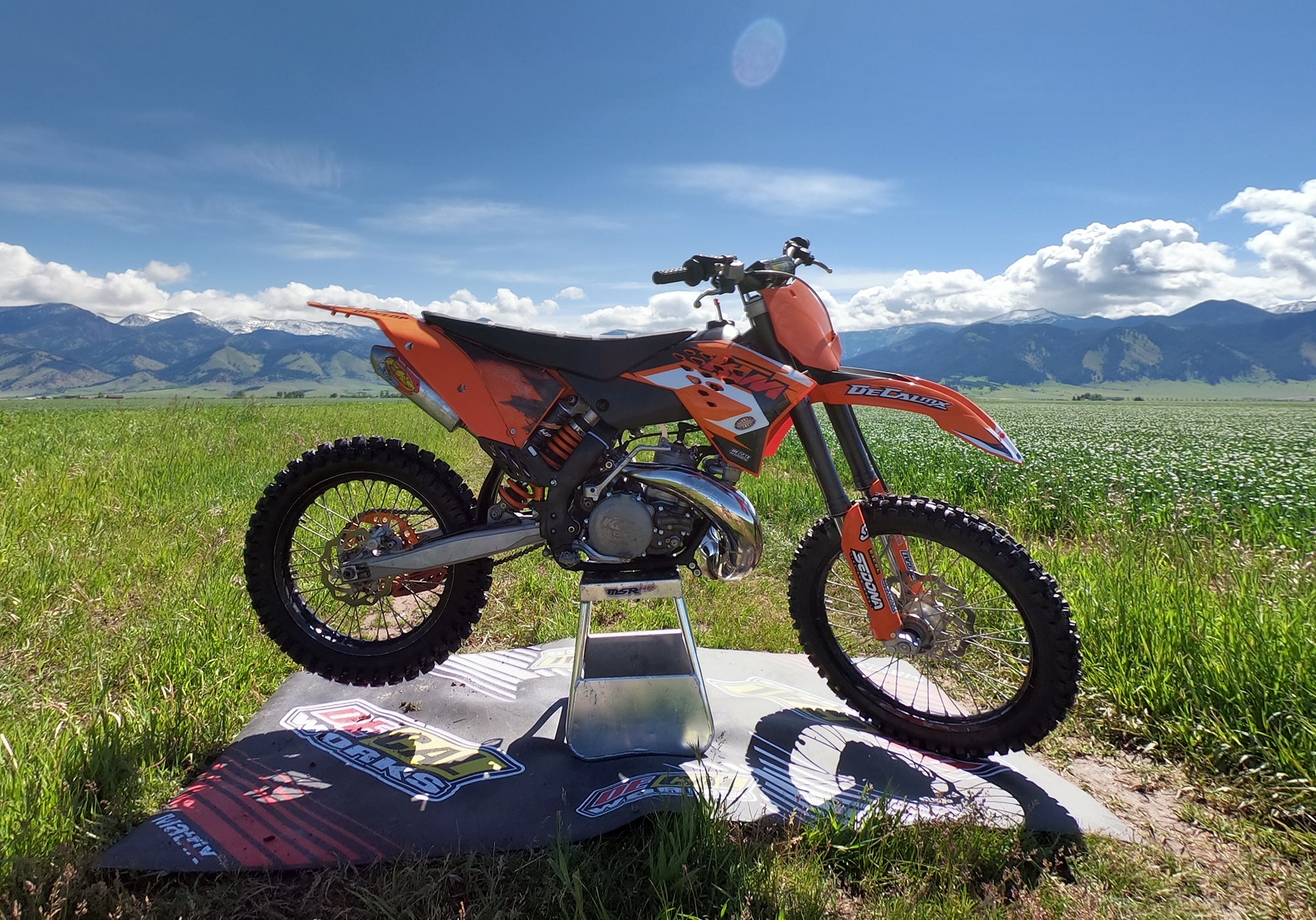 This bike had blown up and was in need of a cylinder replate and new top end. I partnered up with Millennium Technologies to complete this build affordably. 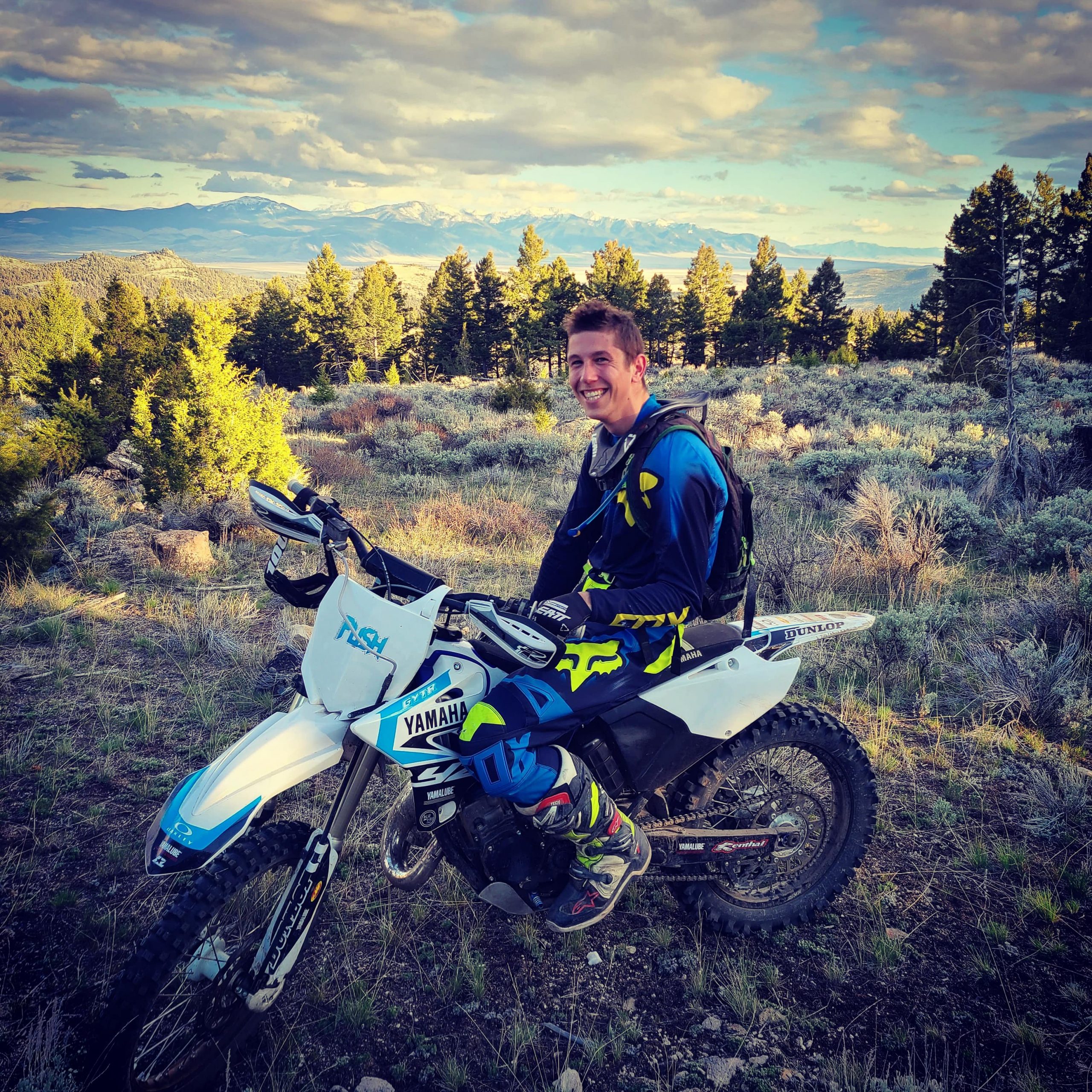 This was my first build where nothing was left untouched. I rebuilt every component and focused on the quality of the build. This was a very fun bike to ride that I am exceptionally proud of. 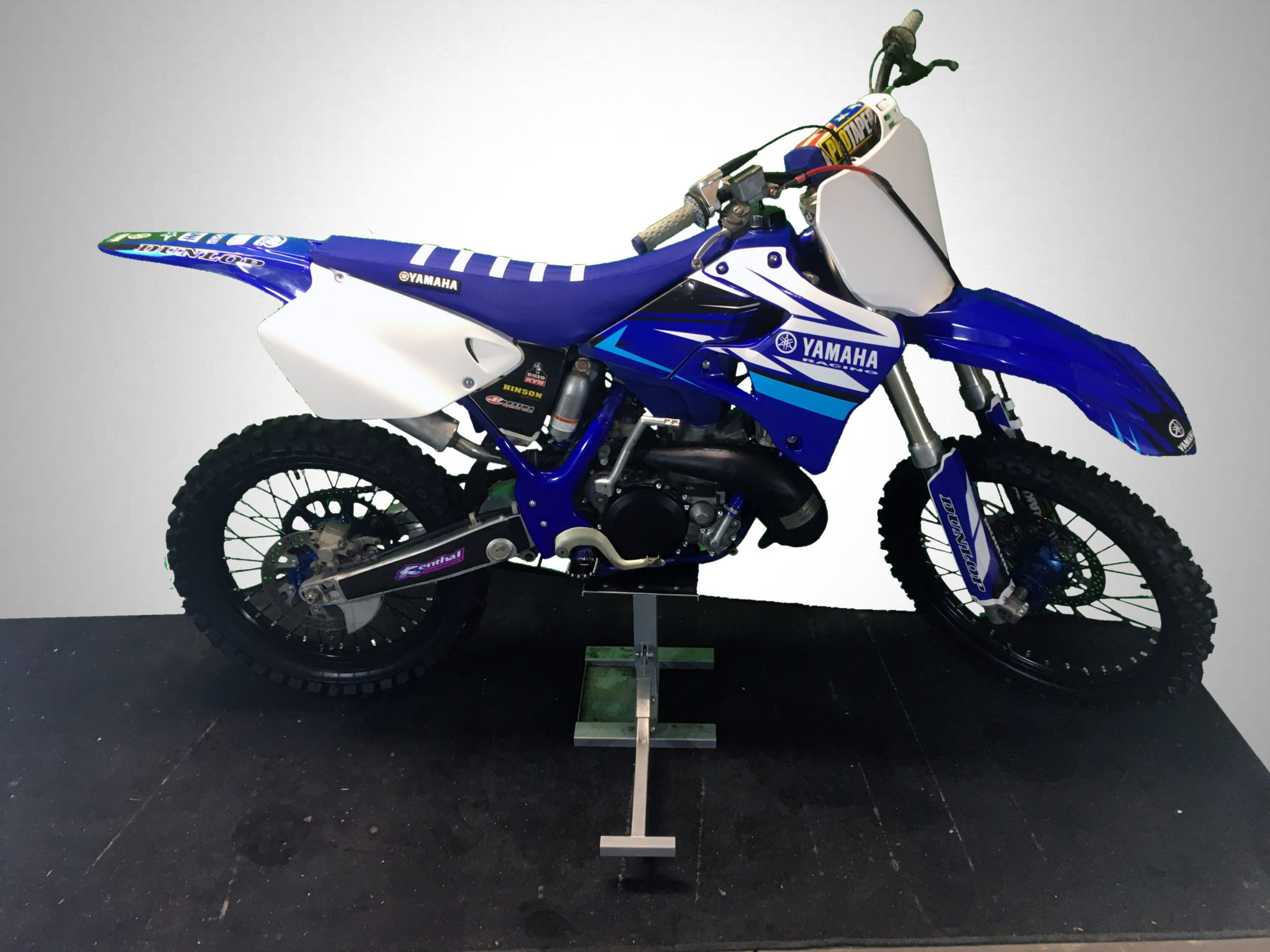 This was the first bike I ever purchased with a blown up engine. I had never built an engine before, but decided it was the next step in my progress as a mechanic. I time lapsed this build, and it surpassed 500K views on YouTube.